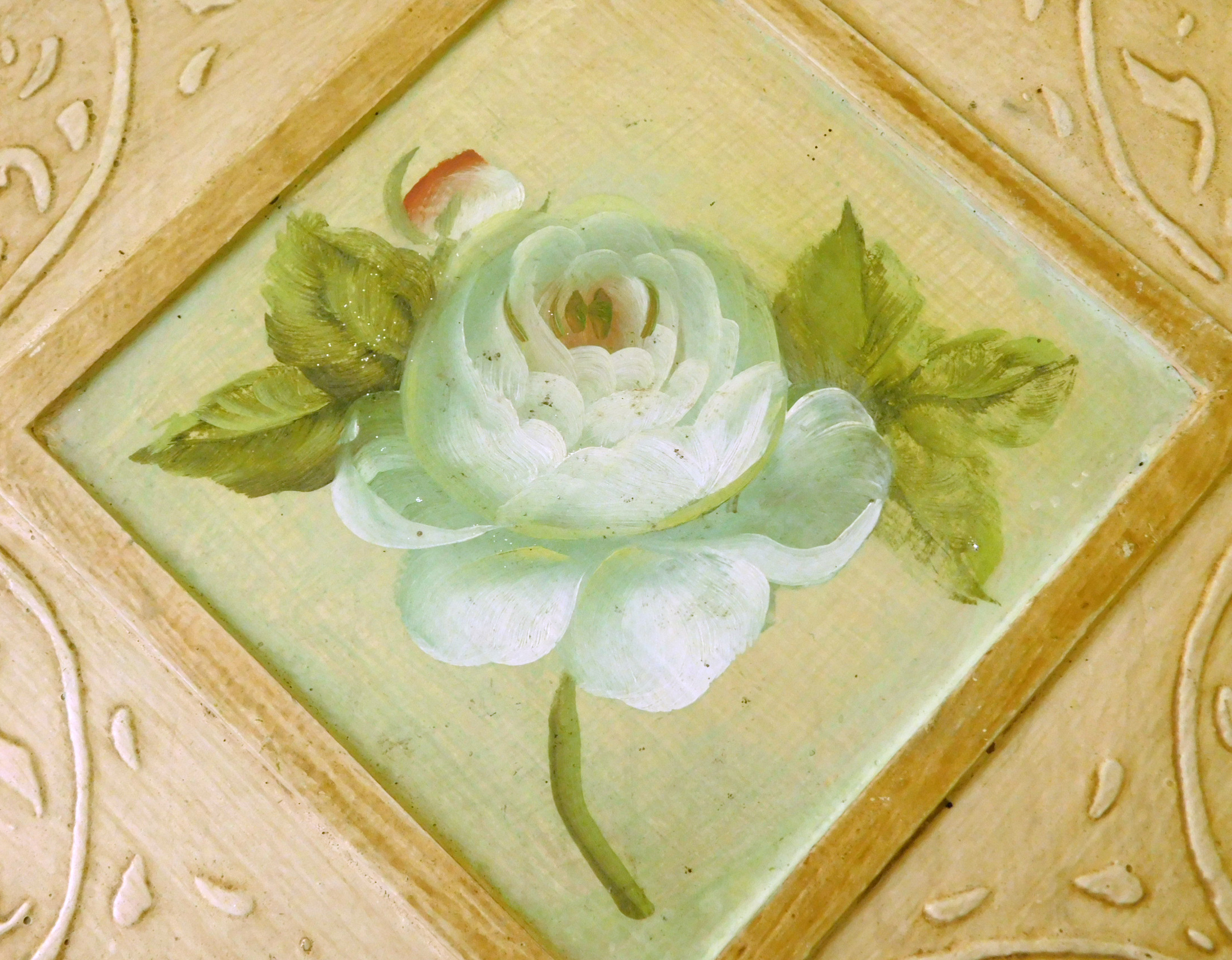 I don’t know where time goes but like summer and quickly disappearing autumn it just seems gone in an instant.

I’ve been spending a lot more time on Pinterest and groups lately looking at pictures as I am finding I just don’t have the time to sit through long videos if I want to have time to create myself, which I do. I really enjoy just watching the creative process when I don’t need another tutorial and just want to unwind. I don’t know that anyone has that kind of time unless they are retired, which I’m not.

This little project was inspired by a Pinterest pic to make use of scraps that are quickly gathering again like fall leaves. I thought the items in the inspiration photo were so cute in their tiny forms.

While I have many I don’t always find use for clusters so I thought the variety of shapes were inspiring as well so I created some tiny tags from kraft paper and just cut them freehand. I also used several of the labels I created a few weeks ago as bases since they were overflowing too. I scraped some that had too much glue in to some glitter/glue that is still stuck on my glass mat and dried so that part is not visible, talk about using left overs today. The left over tiny scraps get saved for paper pulp to make new paper.

It took no time to make several, less than an hour and they will be going in my ephemera storage boxes. They can be added to tags, pinned to edges of fabric trimmed junk journal pages or to any project with a little fabric to attach them to with a pin. They can also be attached with string or glued as further embellishment. 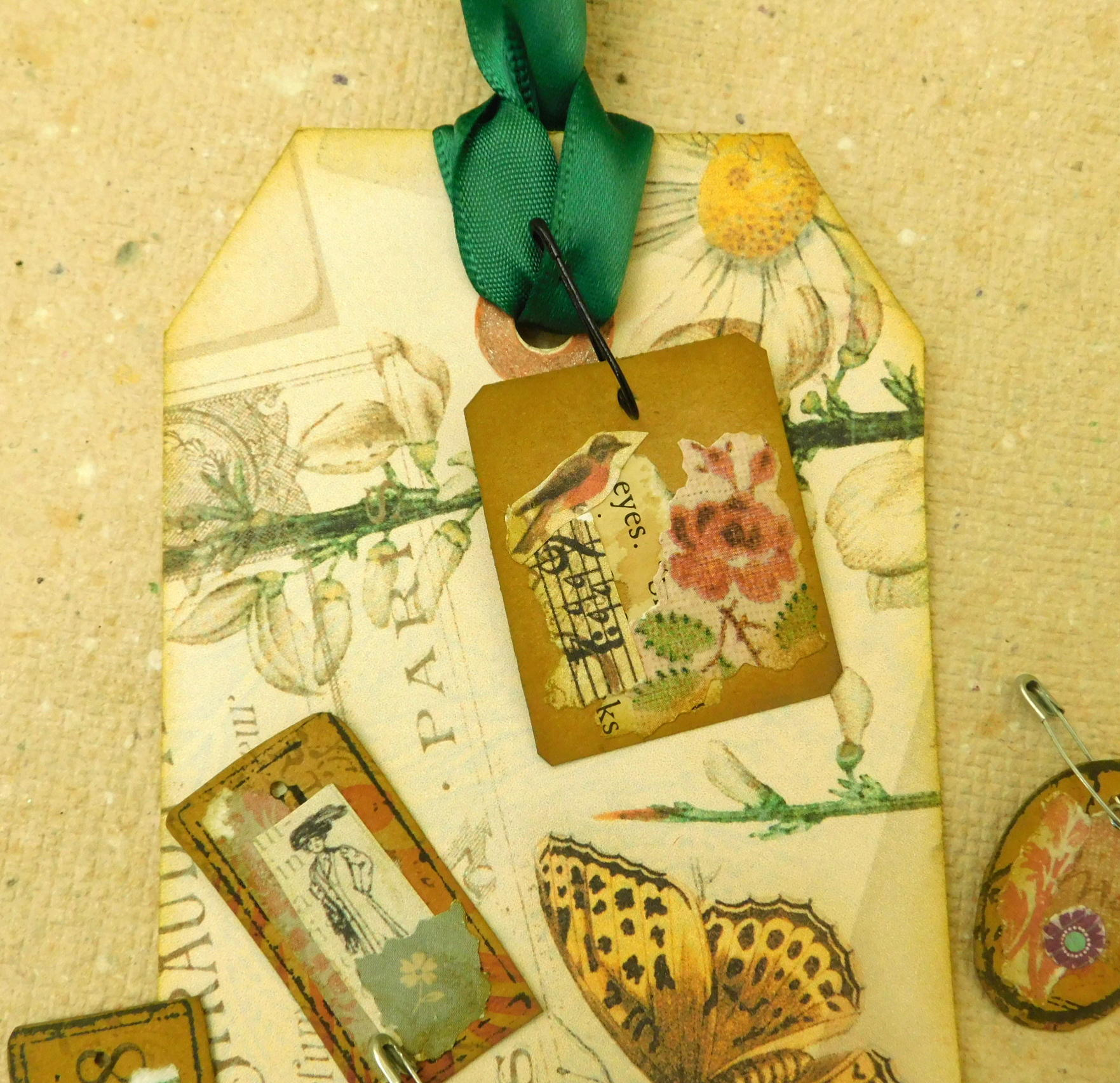 A great little excuse to escape to your craft room despite a lack of time on busy days. 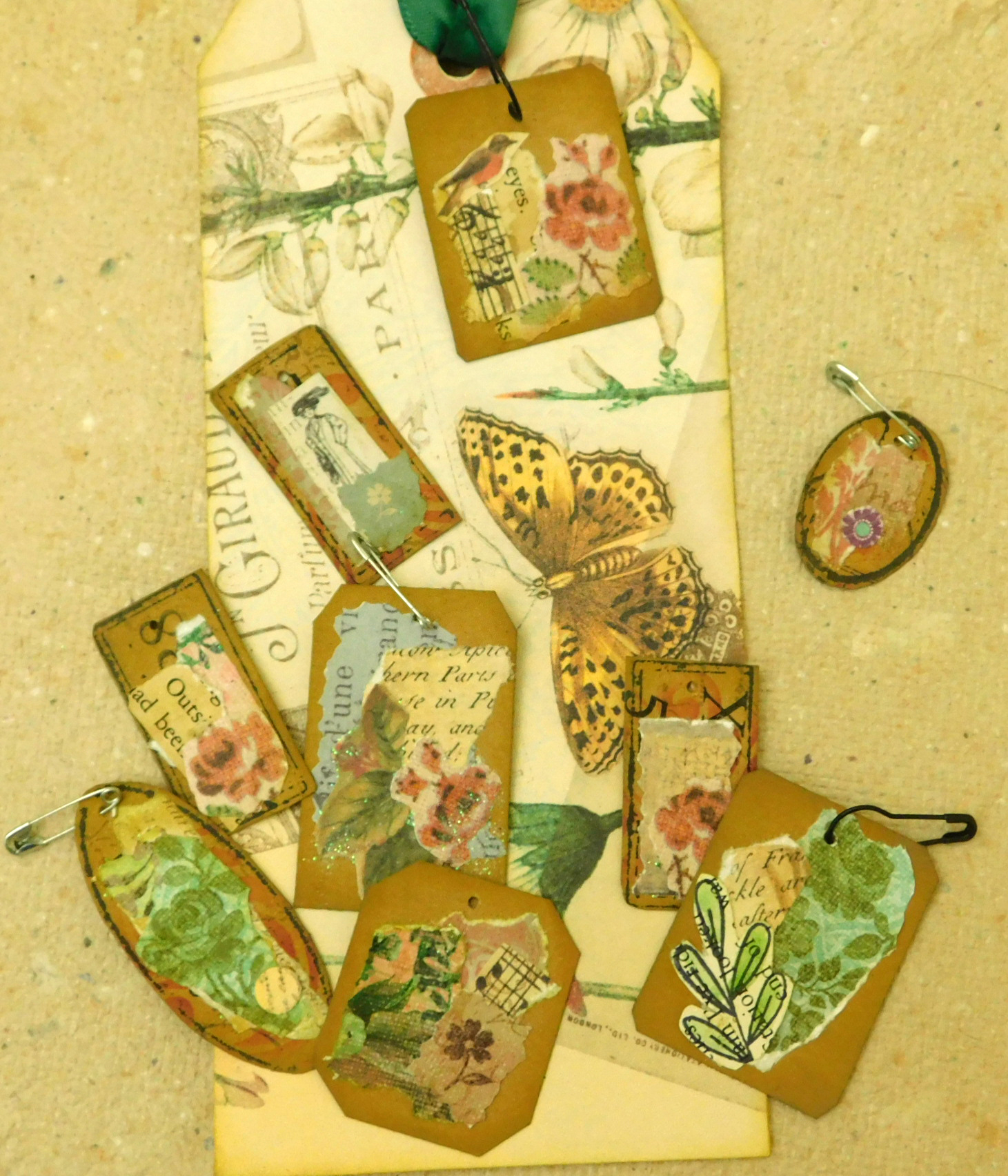 Before I forget today’s dinner is also left over home made vegetable soup. Perfect. 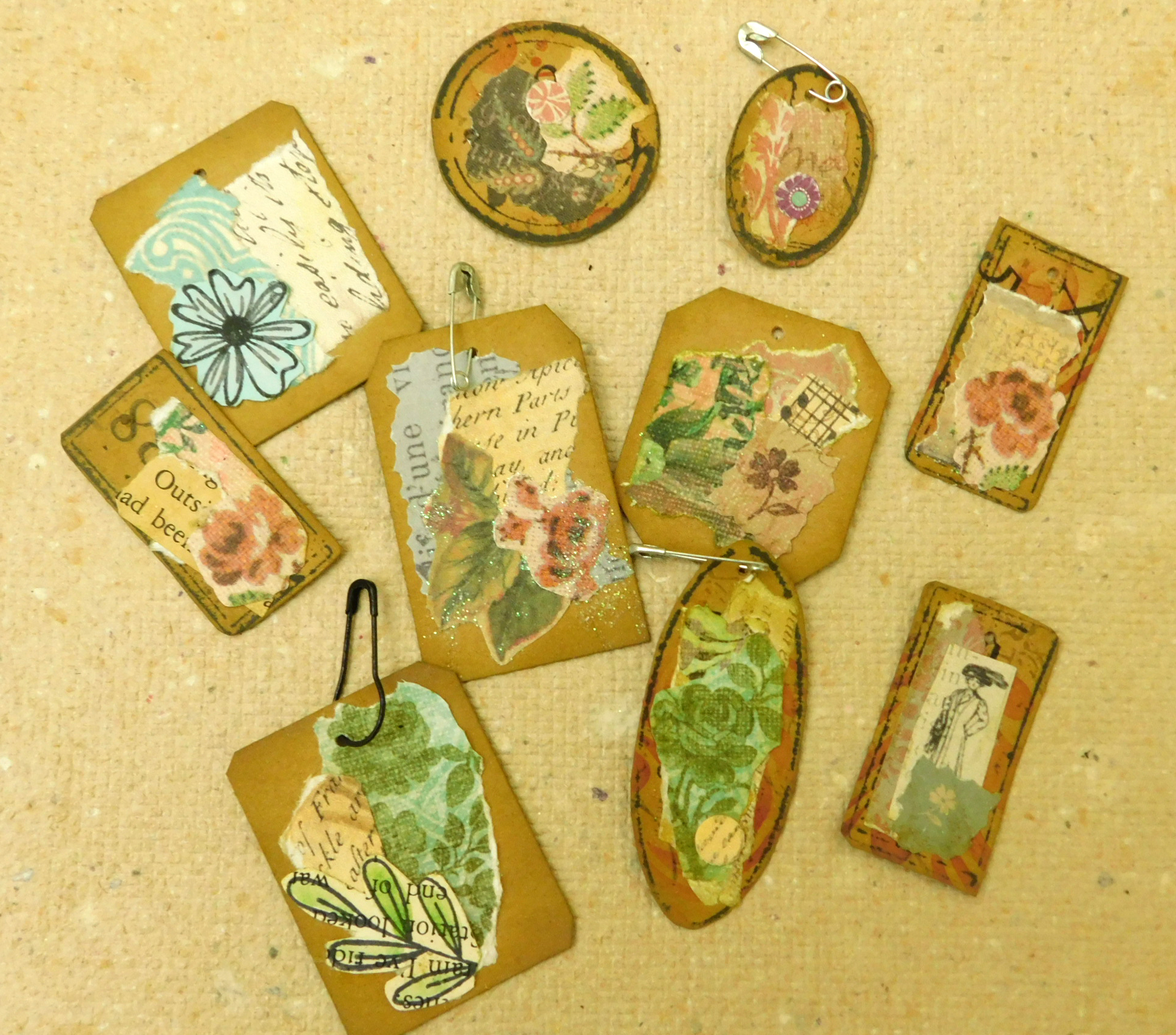 Here is the entire finished group that I began with in the video, glazed with ArtDeco triple thick glaze, a bulb pin and button added.